Examines the costs of stress on productivity and the “bottom-line.”
Written by L. John Mason, Ph.D,, Author of the Bestseller Guide to Stress Reduction. 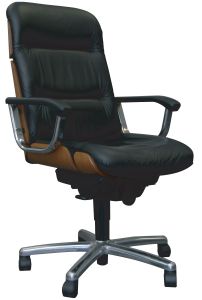 On his one hour commute into work, Robert, the executive vice-president for a large international bank, noticed that his stomach seemed tied up in knots. His doctor had referred him for some executive coaching to assist him in reducing symptoms of job stress. Robert was being treated for stress related high blood pressure and now he was having tests for a possible stomach ulcer. It was not uncommon for tension headaches and neck aches to develop near the end of his work day and prevent him from sleeping well at night. Sometimes he would awaken at his normal time and feel completely unrested as he pulled himself out of bed to prepare for his day. Even on his weekends, Robert would be distracted by his fatigue, loss of concentration, and an irritated stomach.

As he began his stress management coaching, Robert had a difficult time finding the time required to practice his stress management exercises. These were provided for him on audio cassettes that he could listen to while undistracted for 20 minutes. Robert was struggling with finding 20 minutes in his heavily scheduled day. After several weeks, Robert was convinced, by his coach, that this expenditure of time would not only allow him to feel better, it would probably save him time. He began to practice these relaxation strategies and to his amazement, Robert found that the program really worked. He listened to the tapes while be driven to work. At work, he discovered that he was better able to concentrate and to communicate with his co-workers. This allowed him to get his work completed in less time. He saved one and half hours on most days. Robert invested the “extra” time in some projects that he enjoyed but had not found the time to accomplish. This gave him greater satisfaction and a sense of control that he had not remembered feeling for a long time. In several more weeks, Robert reported fewer headaches, better sleep, and reduced stomach problems. Eventually, his blood pressure began to respond and was reduced to normal ranges with less medication. Robert was convinced that stress management improved the quality of his life and allowed him to be more productive.

Why do Executives suffer from the effects of stress?

What are the possible symptoms of stress?

We are all born with a primitive survival mechanism called the “Flight/Fight Response.” This ancient survival response has been inherited from billions of years of evolution. 5,000 years ago, if a man was confronted by a threat, he could either run away or stand his ground and physically fight against his attacker. His body would automatically prepare for the action required to survive. His heart beat would increase, his blood pressure would go up, his breathing would become more rapid, muscles would tense to prepare for the fight or to flee, his hands would get cool and clammy, digestion and libido would be reduced, and the primitive brain would take over reducing his ability to think clearly, instead making him more reactive to his fear or anger. These “hard-wired” responses that are triggered when we are threatened. The threats today are usually not as life threatening as 5,000 years ago but our sub-conscious perceptions believe that an upset client or a poor contract negotiation are as serious as a life and death confrontation. We only have one way to respond to the stress of change. Even if the change is a positive experience our body responds in part, if not all, the “Flight/Fight Response.”

The pace of change has increased and adapting to change triggers the stress response. Even positive changes can be stressful. To prove a point about how positive change and stress can be dramatically bad for your health, I want to tell one brief story. When I was growing up, I read a newspaper account of a man who suffered from good fortune! The story read that a man had won a large sweepstakes award. He had won a fortune…. $100,000, which back in those days was a lot of money! He was so overjoyed with his good luck that he celebrated in an unfortunate way… he died of a heart attack! How many people do you know who get a new job or relationship, and wind up paying the price of this positive stress?

Now, more than ever in human history, people are overwhelmed by the stresses of life. The pace of change due to new technologies and the new information that technology generates has created overloads that we are not able to handle in appropriate ways. In the past ten years, people are developing symptoms of these new technologies. Eye strain, back strain, wrist/hand strain, neck problems, even increased body weight, and substance abuse increases can be linked to long hours in the modern work world of computers and technology.

Who in this modern world can say that our primitive response to stress, from millions of years of adaptation and survival, has been able to keep up with the accelerated pace of change during the past few decades? Have you evolved a new survival mechanism to counter the old Flight/Fight Response? Normally, evolution of these systems takes nature thousands of generations to develop. In today’s world, more people are overwhelmed by the accelerated pace of change than ever before in human history!

Awareness is half the battle! Know how you respond to stress in your own unique way! Know what in your life is causing this transitional stress. Then, you must develop daily habits that effectively control the negative physical and emotional responses to stress. You can GET BACK in CONTROL! You can prevent, or at least minimize, symptoms of stress such as: headaches, backaches, neck aches, high blood pressure, panic, anxiety, many stomach problems, sexual dysfunction, possibly reduce auto-immune problems like allergies or some forms of arthritis, sleeping problems, bruxism, TMJ, and other stress related symptoms. The emotional symptoms such as: loss of concentration, withdrawal (depression), anxiety, being accident prone, memory loss, poor motivation, poor communication, poor performance, and some learning disabilities can be linked to stress and reduced, if not eliminated, by awareness and lifestyle changes. Key executive personnel can be given executive coaching and this can prevent them from becoming liabilities due to inefficiency or poor productivity. You will want to protect your valuable employees and avoid having to replace and then retrain key personnel who may be impaired or lost due to stress related symptoms.

Executive stress management programs are tailored to the specific requirements of the executive and their specific symptoms. Programs can include a combination of strategies such as: regular relaxation practices, increased physical exercise, and changes to the diet. These are the three components of a lifestyle designed to encourage health and symptom prevention. Though they require time and energy, they tend to give back health, well being, and effectiveness.

Stress management and regular relaxation can be performed in different ways. These can be selected and developed for individual preference and to fit different styles. Some executives enjoy stress management techniques that were created from Western European tradition such as Autogenic Training phrases. Other executives may respond better to styles of meditation drawn from “Eastern” traditions such as yoga. Regardless of the historical origins of the relaxation strategies they all will benefit the practitioners in similar ways. They all reduce heart rate, lower blood pressure, slow and deepen breathing, relax muscles, send warmth into the hands and feet, and increase the ability to concentrate, solve problems and enhance communication. The best results come with practice. It takes 8-12 weeks of regular daily practice for most people to get the maximum benefits. For myself, I found that after 12 weeks of regular practice with Autogenic Training (20 minutes per day) that I required one and half hours less sleep at night. I was better rested and could focus on tasks better, allowing me to get more accomplished in the same amount of time at work! This is not uncommon.

Regular physical activity not only helps with the health of the heart and can burn calories for weight loss but it also can assist you in by releasing stored muscle tensions. This muscle tension can cause many problems from fatigue, loss of focus, poor sleep, to muscles spasms that create headaches, and neck and back aches. By working these muscles, they can relax better after the exercise period. Many mental health professional also know that regular exercise can help to minimize or prevent depression.

Diet and nutrition can affect your health and well being. There are many different philosophies on eating for the best health. In busy times, business people need to eat well to maintain their highest levels of performance. Eating as close to “natural” is recommended. Fast foods and highly processed convenience foods are not the best for long-term health and well being. Food additives (colors and preservatives) can cause bad reactions. American eat too quickly and this unfortunate habit is spreading worldwide. Drinking alcoholic beverages for relaxation can easily move to excess and can then stress certain systems in the body. One glass of wine is probably better than no stress management, but becoming dependent on drinking wine, beer, or distilled spirits is not a good strategy for stress management.

Regarding diet and nutrition, executives who find themselves suffering from the symptoms of stress should consider reducing, if not eliminating, caffeine from their diets. Caffeine acts as a stimulant and can increase symptoms of stress. Caffeine can negatively impact your sleeping patterns and reduce your productivity on future days. With the increase of coffee and expresso shops in the past 15 years, we have noticed an increase in symptoms of stress. Caffeine is found in coffees, black teas, chocolate, sodas (most colas and some caffeine enhanced beverages), and some other products. (Please read the packaging labels.) This can be a very difficult habit to change. If you want to eliminate caffeine, and you are a heavy user, please slowly reduce your consumption by gradually replacing your caffeinated products with non-caffeinated products. I have worked with people who have eliminated their headaches, muscle pains, sleeping problems, stomach dis-stress, and even high blood pressure problems by minimizing their use of caffeine.

Though stress from the pace of change is unavoidable, you can avoid becoming a victim. By taking the time necessary for these preventive activities, you will save time and enhance your performance.

Why We Are More Stressed Than Ever